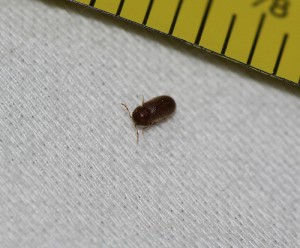 It can happen at any time of year. You haven’t visited the beach house in a while, and when you finally do, you discover tiny bugs all over the kitchen and pantry. Further inspection reveals that one box of pancake mix, in particular, is severely infested. It’s likely that you’re dealing with pantry pests, or stored product pests. Common pantry pests include drugstore beetles, cigarette beetles, flour beetles, rice weevils, grain moths, and the Indian meal moth. They infest a variety of dry food products, which are usually packaged in bags and/or cardboard boxes.

As with other pests, it’s much easier to prevent an infestation than it is to eliminate one. Here are a few tips for preventing pantry pest infestations: