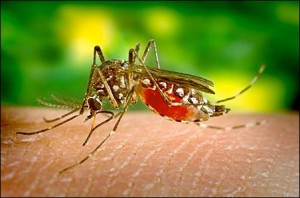 Moles, which are related to field mice and other rodents, can be surprisingly difficult to get rid of. They damage lawns, gardens, golf courses, and fields with their burrowing, and leave behind unsightly molehills. Homeowners who attempt to combat moles, whether by killing, trapping, or driving them away, usually become frustrated — and rarely achieve success.

Moles have small, cylindrical bodies covered with gray-brown fur. They are easily identified by their large front feet, which are used for digging. Though they might appear to be eyeless, they are not; moles’ eyes are very small, and they are almost completely blind.

Where does the name “mole” come from?

Centuries ago, moles were called mouldywarps, which combined the terms “soil” and “throw.” Dirt tossers, in other words — a fitting name for these subterranean mammals which can burrow as deep as several feet underground.

Where can I expect to find moles?

Moles can be found all over North America, and the Delmarva Peninsula is no exception. If there’s a food source, they’re there, though they might go unnoticed unless they tunnel near the surface, causing unsightly molehills in lawns and gardens.

What do moles eat?

Contrary to popular belief, moles do not eat plant roots. Instead, they feed on tiny invertebrates — earthworms, grubs, and insects — and damage plant root systems simply by tunneling.

If I eliminate their food supply, will the moles leave my yard?

Not necessarily. Targeting insects and grubs with a pesticide application might force a hungry mole to vacate the premises, but the pesticide might not affect earthworms, in which case the mole will still have plenty to eat.

What is the best way to manage moles?

That’s a matter of opinion, really. Some prefer gas bombs, which fill mole tunnels with gases such as phosphine and high-grade nitrogen. Others try to save money by simply flooding the tunnels with water, which is not particularly effective. At this time, it’s safe to say that the most effective way to control moles is to trap them, though this requires the homeowner to locate mole runways. Look along the edges of sidewalks, driveways, buildings, and fences.