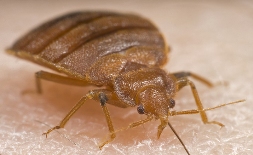 At Brasure’s, we’ve been asked a lot of questions about ants since we first started doing business in 1971. While it would take a book to list and answer all of them, here are a few of the most common ones.

Which kinds of ants can I expect to find on Delmarva?

While there are more than 12,000 species of ants on Earth, among those most common to Delaware and Maryland are the odorous house ant, pavement ant, pharoah ant, little black ant, crazy ant, and carpenter ant (which differs from the others in that it is a wood-destroying pest). Generally speaking, different species behave similarly enough that control measures for one will be effective for the others.

What is a piss ant?

Most folks assume that piss ant is a slang term for a particular species of ant, but this is not entirely true. Pissant refers to several large European ant species, which are commonly known as wood ants. Their nesting materials produce a urine-like odor. In the U.S., however, the term can be used to describe any kind of small ant.

I live in a fairly new home. How are they getting inside? How can I prevent them from doing so?

If an ant colony is outside, its residents will often travel up the side of the foundation in a line, travel underneath vinyl or wooden siding, and enter the home through a crack or wall void that might not be visible from outside. Utility lines also provide ideal access points; ants are tiny enough that the smallest gap is like an open door. Sealing up as many cracks and wall voids as possible will make it more difficult for ants to enter your home, but there is no way to make a home 100% ant-proof.

Is it possible that there is an ant colony in my crawlspace?

The chances of this occurring are very slim. Ant colonies are usually located outside, or occasionally inside a wall. Crawlspaces are dark, cool, and devoid of food; they are altogether unpleasant places for ants, compared to kitchens and pantries.

Why is it that I see ants in my kitchen, and in the bathroom across the house, but not in the rooms in between?

Ants often travel between rooms along water pipes (not inside them), so it is not unusual for them to appear in rooms with water sources (kitchens, bathrooms, laundry rooms, etc.), while living rooms and bedrooms remain ant-free.

Why do ants travel in a line?

Ants leave a chemical trail where they walk, which other ants instinctively follow. They might appear to be following one another in a line, but it is possible for a lone ant to follow the same trail on an otherwise empty countertop. Clean up a portion of an ant trail, and as others come along, they will begin to walk in irregular, crooked paths; they have lost the trail, and must either find it, or create a new one.

No. Ants are sometimes attracted to the sweet nectar on peony buds, that’s all.

Why do ants carry away other dead ants? Do they eat them?

Ants remove their waste matter from the nest and deposit it in a pile called a midden. This protects the colony from contamination. Many insects (including ants) emit oleic acid after death, which causes live ants to treat corpses as waste matter, to be picked up and carried to the midden. Dead ants do not become dinner for their surviving family members, contrary to popular belief.

Are there any effective home remedies for ridding my home of ants?

There are probably as many home remedies for controlling ants as there are families in the U.S., but here are some of the most common:

What is a flying ant?

A flying ant is a winged ant that is often confused with the wood-destroying termite. Learn to distinguish between the two here.