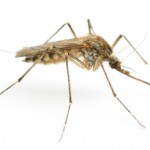 Wet weather and warm days in early April mark the start of ant season on Delmarva. Whether it’s lines of foraging ants marching across your kitchen counter, or a lawn marked by anthills, these little insects often prove to be a nuisance that is both unsightly and difficult to be rid of.

There are about 12,000 species of ants on Earth, but most share similar characteristics. Among the most common in and around your home are the odorous house ant, so named for the smell it emits when crushed, and the pavement ant. Wood-destroying carpenter ants are a somewhat different matter, but for the most part, different species of ants can be treated with the same methods. All ants are social insects, which often aids in eliminating an entire colony.

Where are they coming from? Ant nests are usually located outside, although they will occasionally turn up inside walls. If you’ve noticed ants in your home, there’s a good chance that a careful look around outside will reveal a line of ants on the foundation. Workers travel in both directions between the colony and the access point, which might be a crack or wall void, but is often obscured by vinyl or wooden siding. In the case of an elevated beach house, a trail might lead up a pylon. It’s not unusual to see several of these ant trails, particularly if the problem inside is severe. Treating these trails and points of access are one of the most effective ways to nip your ant problem in the bud.

Ants love to find food and water in kitchens!

Once inside, ants seek out a water source. As both food and water can be found in your kitchen, you will probably notice them here first, congregated around the sink and possibly expanding into cabinets in search of sweets and grease, which are their primary foods. It is common for them to travel along water pipes, which is why they might be found in the kitchen and in a bathroom on the other side of the house, but not in the rooms between. Uncovered sugar bowls, food left out overnight, or a dirty stovetop are all sure ways to draw ants. Removing these baits and cleaning thoroughly goes a long way in preventing infestations.

There are a number of steps that you can take to control existing colonies, as well as prevent future invasions of the home. Overhanging trees and dense shrubbery in contact with the house should be cut back, particularly around windows. Wood debris should be removed (this is also likely to draw termites, which are much more undesirable than ants!), and stone/gravel beddings are less likely to harbor ants than wood mulch. Cracks and crevices should be sealed, as they open your home not only to ants, but a multitude of pests. And, while it is worth taking a look in the crawlspace for leaks or other problems, this is an unusual place to find colonies, so extensive control measures underneath the house probably won’t have much impact.

While these steps are helpful in limiting access to the structure, existing colonies should also be treated with an appropriate pesticide, which might involve applications both inside and outdoors. At Brasure’s, we offer both one-time perimeter sprays and a year-round pest management plan. For more information, Brasures Pest Control Services offer solutions for Ocean City Md and Coastal Delaware Property owners,, or call our office at 302-436-8140 or 800-908-1000.