A Brief Introduction To Bees And Wasps 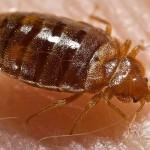 Bees and wasps are considered beneficial insects, but that’s of little comfort to the homeowner who is severely allergic to stings. And, allergies aside, no one enjoys being stung. In this post, we’ll take a brief look at several types of bees, wasps, and hornets, each of which has distinct physical characteristics, eating habits, and preferred nesting sites.